Skip to content
Home » For Yourself » 300 Days Sober: My Alcohol Free Journey So Far

I don’t think you have to be an alcoholic to have major issues with alcohol.

In the last few months of my drinking days, I reached out to numerous people for help with alcohol accountability.

I got the same answer, time after time.

“You’re not an alcoholic! Why do you want to stop drinking?!”

That’s why I want to stop drinking.

That, and a million more reasons.

Like so many others, I tried to stop multiple times. I would do Dry Januaries, and Sober Octobers. I would tell myself I was only allowed to drink on the weekends. And then Wednesday became the weekend. I would set rules that I could only drink outside the house. And then I would go sit outside the house and drink. I liked being pregnant since that was an automatic break from alcohol- I didn’t have to think about it.

I wasn’t drinking multiple bottles of wine each night. I probably didn’t look like a problem drinker. I would cap at 2 or 3, sometimes 4 drinks. I don’t metabolize alcohol well, so it usually hit me pretty quick. I wasn’t storing bottles around the house and the car. I was, however, sneaking extra drinks beyond what was considered socially normal. I found myself looking forward to social events not for the company, but for the booze. I would start thinking about alcohol early in the day, and begin bargaining with myself around 3 o’clock. Was today a drinking day? It usually was.

My job is health. I felt like I was lying to the world. I was pursuing health in so many areas of my life, but I just couldn’t get rid of alcohol. She was my friend and confidante. She was my safe place and my joy. She was reliable and constant.

Actually, she stole from me. She stole time. She stole energy. She stole joy. Sleep, workouts, healthy meals that stayed in my stomach, quality time with my family and friends, hydration and minerals and healthy digestion. Safe driving, peaceful nights of not arguing with my husband, balanced and contented mornings, times of deep and meaningful worship of the Lord at church, great memories of family vacations- she stole them all.

And I let her.

Here’s where I have to insert my first caveat. There are millions of people who can drink normally and don’t wake up with an existential crisis. After 300 days sober, I’ve observed many people around me who can have a few drinks, function normally, sleep like a baby, wake up, and not think about alcohol until the next time they pour themselves a normal glass of wine.

One glass of wine?

Why would I waste calories and time with a single glass of wine? I’ll take three, thank you very much.

After spending the better part of a year going all in with being alcohol free, I’ve read about 40 books on the physiology and psychology of sobriety, “quit lit“, and addiction literature.

I saw a common theme with those of us who tend to live life in extremes. We didn’t want to be slaves to alcohol, but she sure is a sneaky bitch. Physically and psychologically addicting, alcohol starts weaving her way into our daily lives and capturing much of our thought life. We rationalize and bargain with ourselves. Most days we end up losing that fight. Granted, we want to lose the fight. For those of us who have more addictive personalities, the sweet release of being tipsy helps us forget that tiger drive that pushes us to do more, be more, achieve more, and push more.

More balanced personalities just don’t struggle as much with addiction to anything, especially alcohol.

These are the normal drinkers. My husband is a normal drinker. But he’s just normal in life. Actually, he’s a super high achiever who has helped build and run a successful business. He coaches all of the kids’ teams, is active at church, reads voraciously, and is the first to volunteer.

It’s been so helpful for me to observe these last 300 days. I love him for it.

He was gentle with me those first few difficult weeks when I actually stopped alcohol. He asked me a bunch of questions about it, and finally told me, “when you’re ready to start drinking again, let me know. That way I won’t keep offering you alcohol“.

And my heart grew a little bigger. He will never know how much that single statement encouraged me in my sobriety.

After realizing that I could not do this alone, I started looking outward.

AA? Lord, no. What if I saw someone I knew? What if people thought I was an alcoholic? I wasn’t an alcoholic, damn it! I was just so tired of thinking about drinking.

A trusted friend? Well, most of my friends drink. They just drink normally. And I realized pretty quickly that some people are defensive about their drinking. Hell, I don’t blame them. I’m defensive about my drinking! But an exploratory conversation about alcohol use and abuse wasn’t exactly something I was ready to get into over a girls’ coffee date. So I just internalized and agonized for a bit.

I had been following a few sobriety blogs and social media accounts for years. Years! I had been struggling mentally and emotionally with alcohol for 10 years. As a true addictive personality, I had read each one of these blogs start to finish over the years, yet I wasn’t ready to actually change my behavior. I loved the raw realness of Holly Whitaker, Annie Grace, and Belle Robertson.

I’m Type A. I don’t want to waste time with journaling, introspection, and exercises. I just want to stop thinking about drinking.

I hesitantly reached out to her on social media and got put on a waiting list. Belle’s a sober penpal, the coolest title ever. She has a regular job and a normal life, but she used to drink a lot. And she wrote about it. And she stopped. And she has since been supporting other people who want to stop, too.

Belle contacted me in late 2021 and told me a spot had opened up for me. But I wasn’t ready yet, so I passed.

Then we had Christmas at Beau’s parents’ house. I drank, we fought, and I ended up getting out of the car on the 10 minute drive from their house to our house. I decided, in all of my brilliance, that I was going to walk home in my Christmas outfit on Christmas day, with my kids in the car. Watching their mom behave like a mature Christian woman.

But everyone who stops drinking has a trigger- an event that pushes them from considering sobriety into actual sobriety.

That was it for me, folks.

On January 2, 2022, I reached back out to Belle and told her I was ready to sign up for her program. It was expensive. I was unsure. But I knew something needed to change, so I signed up for Belle’s program. She sent resources like sober audios and writings that she had done. But I also got to email with her as much as I wanted, and I liked that. It worked into my schedule and it was helpful to know I had someone in my corner who understood what I was going through.

The first few weeks and months were hard. I really just wanted a glass of wine. But I would email Belle and pray through my struggle, and it would just kind of dissipate. The Lord was so gracious to me to encourage me and give me peace during this time. Scripture reading and prayer were just as important to me as those emails, and I pushed into all of my supports during this time.

Belle encouraged me to use my “sober supports”. These were things like saying no, not over-scheduling, not allowing myself to get too stressed out, prioritizing sleep, eating nourishing meals, and taking baths.

I would do these things as much as I could. I also read a lot of quit lit and went to bed early. I tried various supplements and potions for stress relief, but none of them really made as much difference as just prioritizing rest and refusing to let stress rule my life.

300 days into being alcohol free, I’m mostly content with my decision. Some days I want to drink, but I take a bath or go sit outside instead. I email Belle. I open my Bible. I listen to relaxing music. I’ve made it through about 200 social situations this year. I’ve visited wineries, attended wine dinners, gone to birthday parties and social events, and stayed sober. I like people more. I like my family more. I like church more. I like me more. I’m not constantly thinking about alcohol, and that’s a sweet gift from the Lord. I’m more content, and more grateful. My mind focuses more when I am praying, or when I am thinking through complex health cases. Life is still stressful, and I still have urges to drink, and I will never be complacent with that feeling. Maybe some day I’ll have wine again, but it’s not looking like that at this point in life. My time with Belle ends on January 2, 2023, but I think I have my basic sober supports in place firmly enough to not feel like I’ll wrestle emotionally or mentally with the decision to drink or not to drink.

This post is just my own journey, and one that I felt like sharing on my 300th day of being alcohol free. It’s not to judge or to preach. It’s just my experience, and if it helps someone, that makes me happy. I loved reading other peoples’ perspectives on sobriety while I was struggling through my decision not to drink, so I wanted to contribute a little bit back. Belle told me not to really post or share about sobriety until after day 100, but I wanted to wait a little longer than that. So here it is- not pretty, but not fake. Health coaches have struggles too, and this was one of mine. 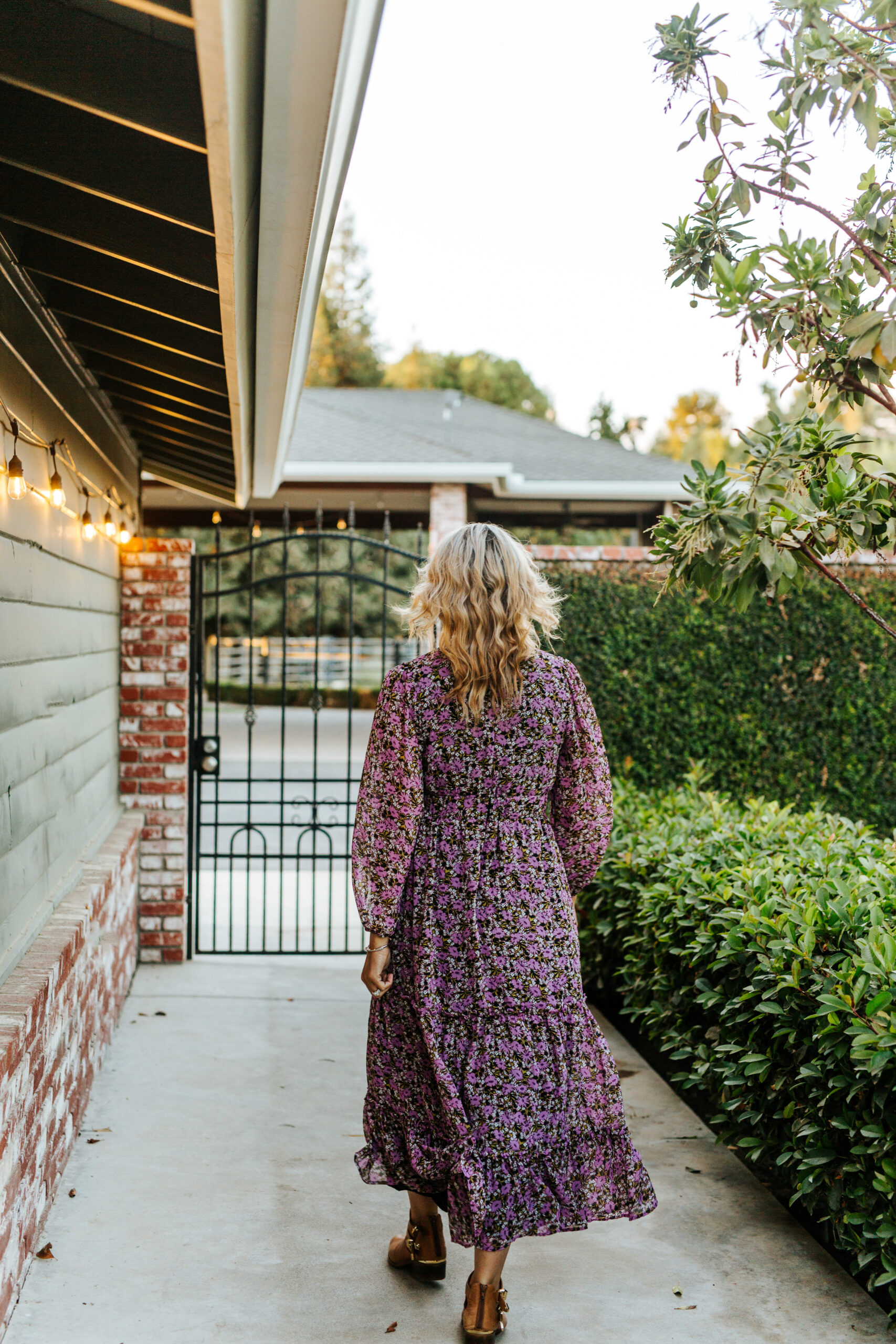 3 Steps To Prepare Your Family for Cold and Flu Season 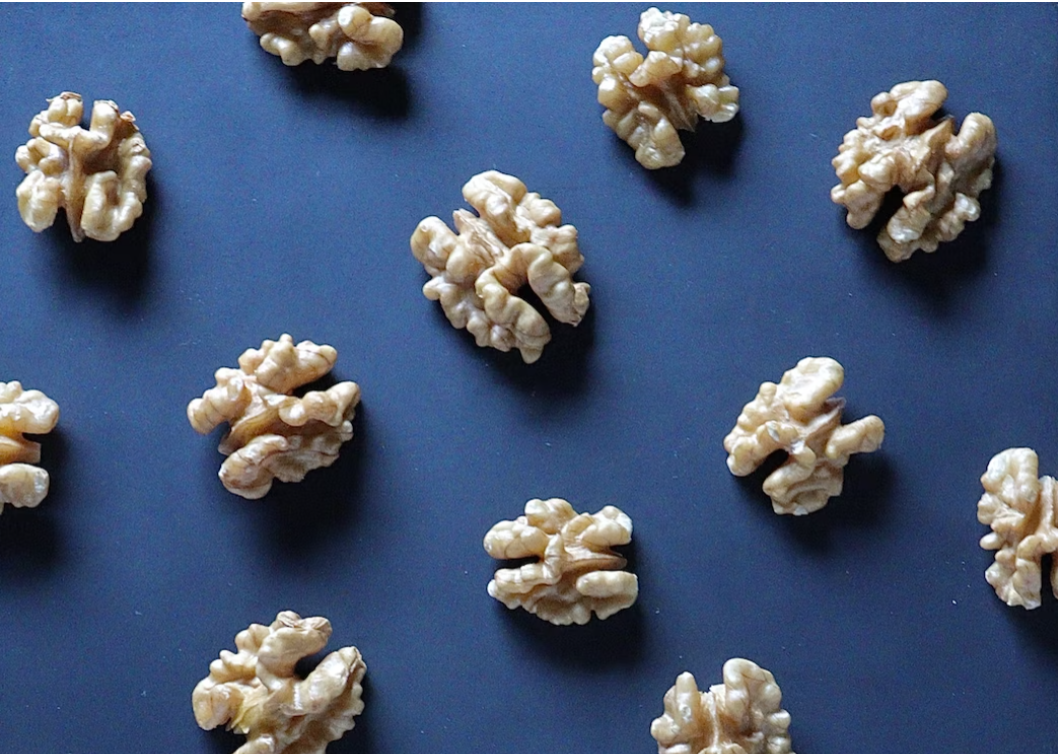