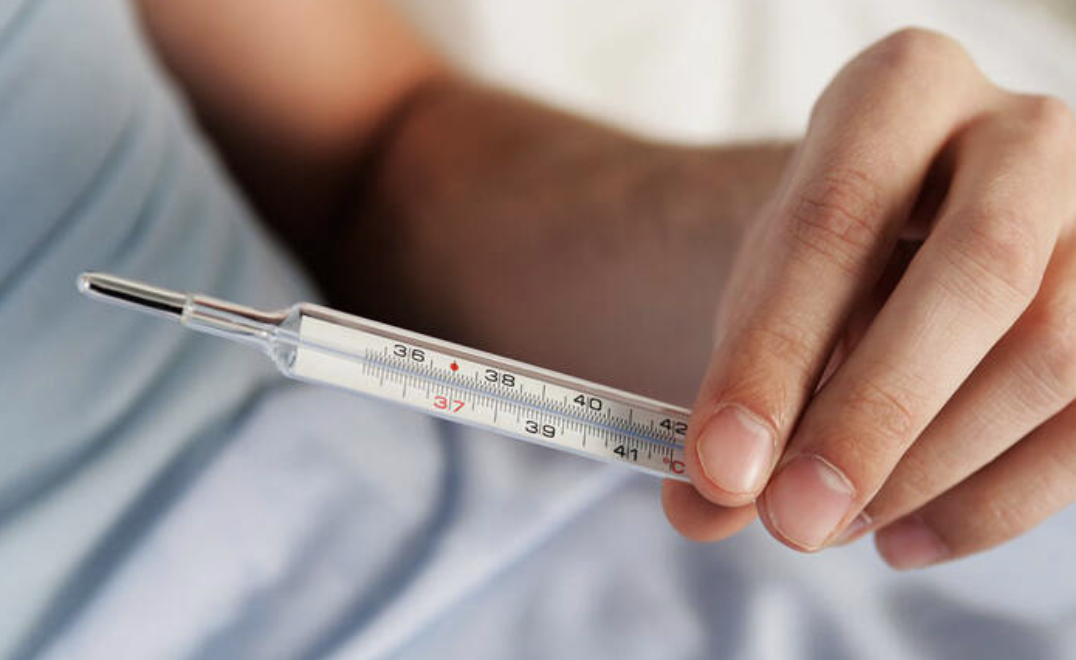 This week, I had birth control on the brain more than usual. A client called in for her appointment from a gorgeous beach house on the East Coast. She was spending a week there with six other families. These families had been vacationing together for twenty years, and all of the children were now young adults.

One night, a group of the young women were discussing their various forms of birth control. Two were on the Pill, one had recently gotten the Depo-Provera shot, and two more had the Mirena IUD. The general consensus among these 20-something women was that they loved the perceived freedom that birth control gave them. The girls on the Pill could “adjust” their “periods” so that they weren’t bleeding during Beach Week. The girls on the IUD loved the regular, light periods they had now as opposed to the heavy, clotty bleeds they had before they got their birth control. The girl with the Depo shot found it exciting that she only had to worry about her period a few times a year.

My client, who at age 49 is going through the gnarly effects of a lifetime of too much estrogen exposure (nausea-inducing cramps, acne, super heavy bleeding), asked me, “Jennifer, how do I tell these young women that birth control is one of the worst things they can do for their long-term health?”

We both agreed that unless asked, it’s not a wise idea to rain on someone’s birth control parade. She said she would tell her own story if the girls were interested, but a lecture on stopping birth control does not win you friends or help you influence people. 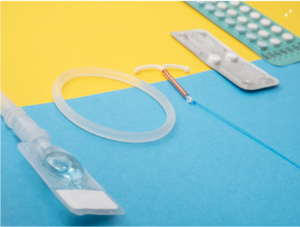 On social media this week, we were also talking about birth control. Check out the discussion on Facebook and Instagram. You ladies are passionate about your birth control stories and views. I love it.

You all know how much I adore the concept of Ancestral Nutrition. Living simply, keeping my own cycles with the cycles of nature as ordained by God, being outside as often as possible, and (mostly) eating things I can hunt or gather are thee basic principles I try to live by from a health perspective, and it’s what I teach my students.

The fertility awareness is a natural method of birth control based on a woman’s menstrual cycle. This can be done by tracking days, vaginal discharge, symptoms, and/or body temperature.

These methods are based on the facts that a person can only become pregnant if they have unprotected vaginal sex during the six days leading up to and including ovulation (this is called the fertile window) and people ovulate once per cycle (5). The length of the fertile window is a combination of how long sperm can live in the uterus (about 5 days) and the lifespan of an egg (12–24 hours). (source).

Here is a short list of what you’ll track if you are practicing FAM:

I was able to get pregnant with two of my children simply by tracking my fertile cervical mucous. When this mucous is present, you’ve got yourself a gorgeous vehicle for effective sperm transport- a one way bullet train, right to the fallopian tubes! Honestly, with enough practice, fertile cervical fluid tracking is the easiest way to tell when you are truly fertile. After 4-5 months of tracking, you should be able to create a six day window of abstinence that either protects you from an unwanted pregnancy or allows you to enjoy the beautiful pregnancy you’ve been praying for.

Fertile cervical mucous looks and feels like egg whites. It will be gummy, slippery, and sticky. You can actually pick it up and mush it between your fingers to ensure that you are indeed expressing fertile cervical fluid. I would recommend doing this for a few months just to practice this skill of Body Literacy.

When your body produces this fluid, you are actively fertile. This period of time is approximately 12-24 hours. Once the mucous becomes clumpy and thicker than an egg white, your fertile window has passed. However, sperm can live in the uterus for up to 5 days, so it is wise to keep a 6 day (or longer) window of abstinence around your fertile cervical mucous production.

Tracking this symptom alone is called the Two Day Method.

Two Day method—a person who uses this method will check for certain types of cervical mucus every day of their cycle. If yesterday and/or today a person has slippery or egg white cervical mucus, they are potentially fertile and should avoid sex. Four out of 100 people will get pregnant per year if they use this method perfectly (source).

How do you check for fertile cervical mucous? Well, you’ll start to notice your mucous when you wipe after going pee. If the toilet paper is quite slick, you can attempt to grab some fertile cervical mucous and gum it between your fingers. I know. But trust me- you’ll be making great strides toward cultivating Body Literacy. Here’s a video explaining this ew step in greater detail.

The Two Day Method is best used when you are wanting to get pregnant and you don’t have a timeline. It is not wise to rely of the Two Day Method as your only form of natural family planning, especially if you are actively trying to prevent pregnancies. Though if you’re short on time and patience and you’re comfortable being abstinent for 6-8 consecutive days a month (while not bleeding), you can make this method work, provided you practice for 4-5 months beforehand. Use a condom as extra protection while you are learning the Two Day Method.

Obviously you can’t initially predict that day you will ovulate with this tracking method, but you can look back over 6 months or so of data and see that ovulation tends to occur for you around day 15, or day 18, or day 12. When that temperature jump occurs, you’re in the middle of your fertile window. Combining this data with the fertile cervical mucous data can be a powerful natural family planning method.

Old school methods have you tracking this on a sheet of paper, and you can still do that. Or you can use an app like Kindara, which is free and gives you some beautiful charting data to reference.

Using a digital thermometer is too risky as this type of thermometer is not reliable. We’ve all seen this in action this year as we entered various establishments, got our perfunctory COVID body temperature forehead scan, clocked in at a cool 94.6 degrees, shrugged, and went on our way.

You’ll want to use an old-fashioned thermometer like the inexpensive Geratherm. Track your temperature before you get out of bed in the morning by lying there and keeping the thermometer under your tongue for at least five minutes. Be consistent with when and where you track, and make sure not to move at all before you track. Enter your reading onto a paper chart or into the Kindara app. You’ll need 4-6 months of temperature data to reference before you can start relying on this method for birth control.

Better yet, use the cool Priya.

Priya is a whole fertility management system that tracks your basal body temperature for you with a continuous intravaginal thermometer linked to an app. You insert a small ring into the vagina and keep it there all month. It transmits your core body temperature to your phone and can predict your fertile window two days before ovulation test kits can do the same thing.

Here’s how some women are using Priya.

And here’s a chart comparing to Priya to other tracking methods. 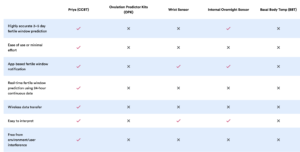 You can still go high tech, I suppose, without causing long-term harm to your hormonal balance. How great is that? Hormonal birth control has only been in wide use since the 1960s, and the backlash we are seeing in 2021 makes it clear that synthetic hormones are not the savior the women’s liberation movement claimed they would be. In fact, it’s just the opposite. Women are sicker, more imbalanced, and less “free” than we thought we would be. We suffer the effects of estrogen dominance. We get cancer. We get autoimmune disease. And our periods are worse than ever.

While I won’t be teaching my daughter these skills anytime soon (she’s 13!), I will definitely continue to cultivate Body Literacy in her. As she approaches and age where she could marry, I’ll be getting her a Priya and teaching her how to track her fertility. And I’ll be recommending these interventions to the wise women who know that the System is Meant to be Questioned. Here’s your resource- use it well!

Want to know more about how you can get a Better Period? Join our final group coaching session, starting Monday June 14! 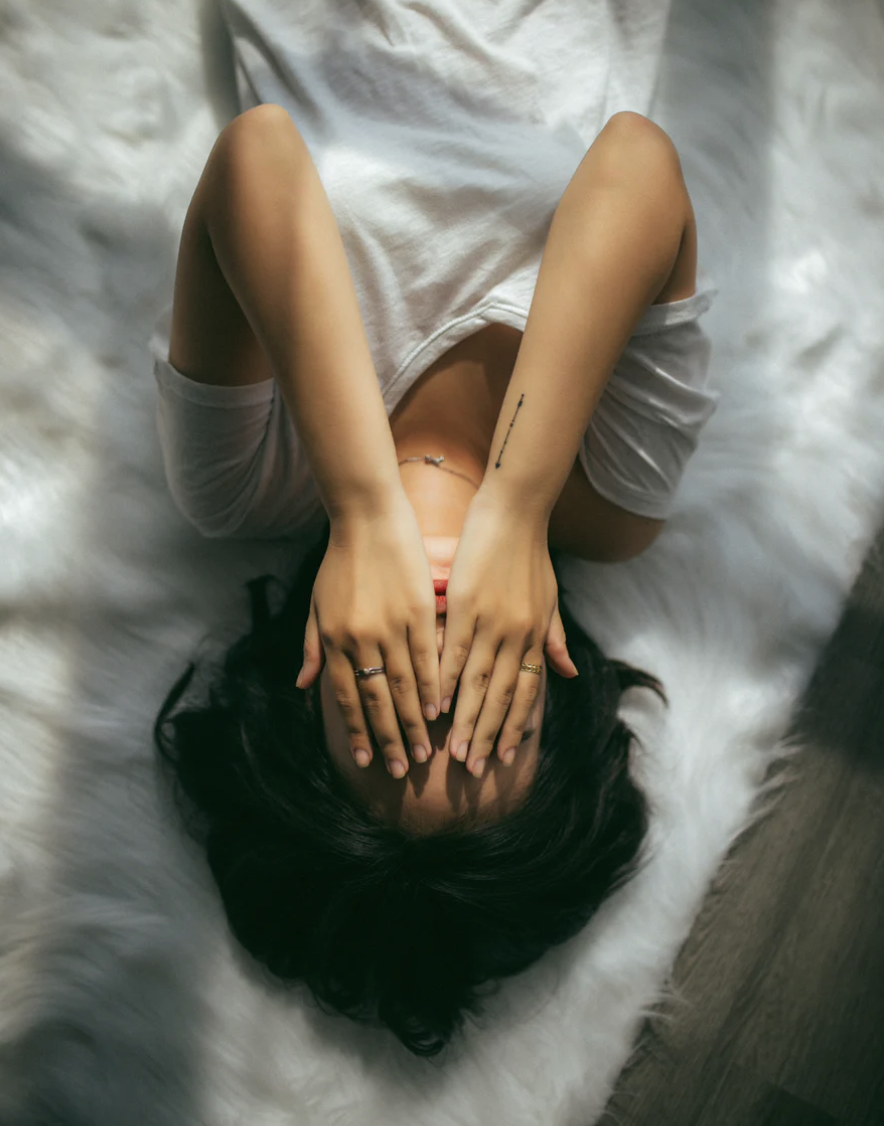 This is Why You Get Period Migraines 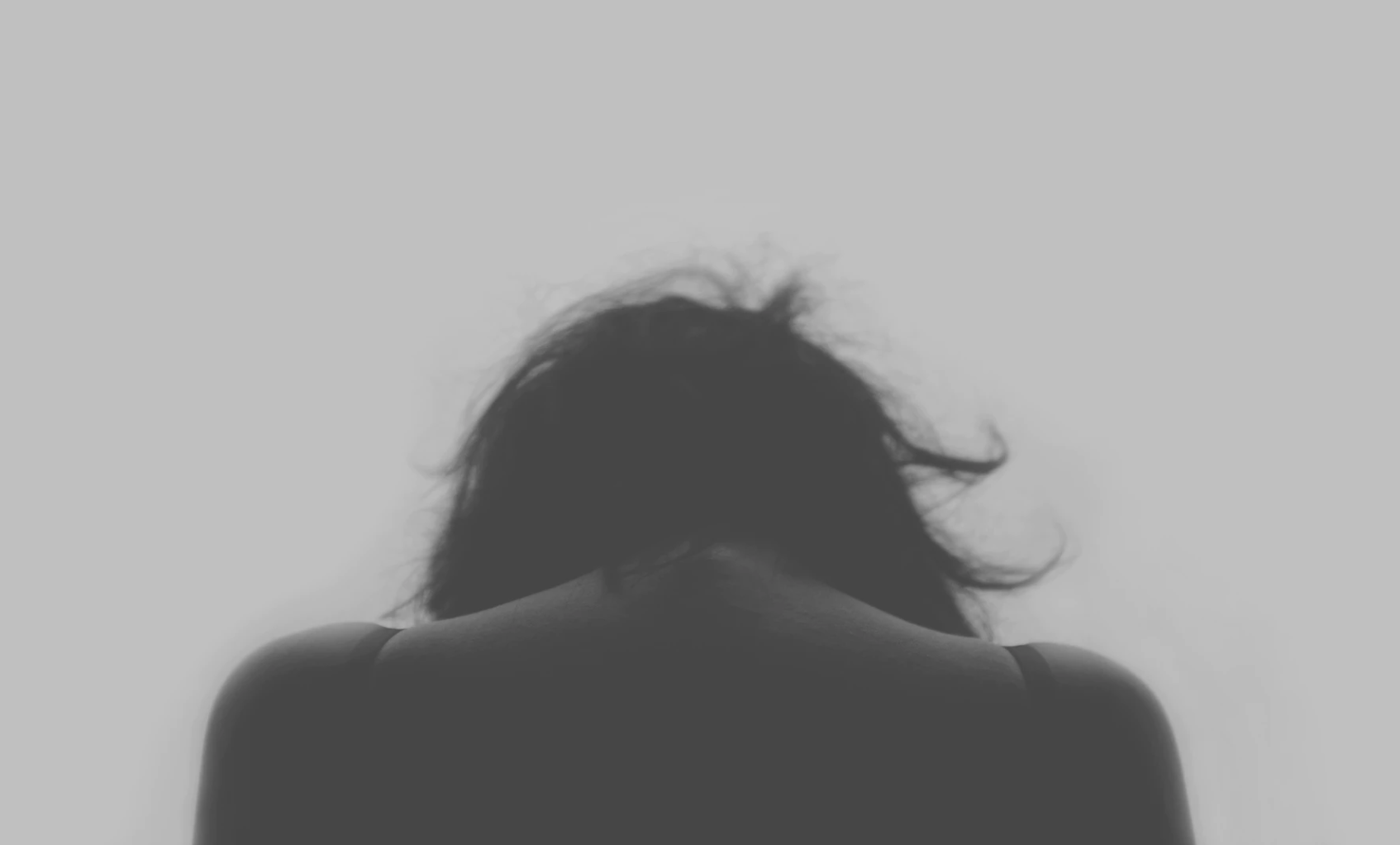 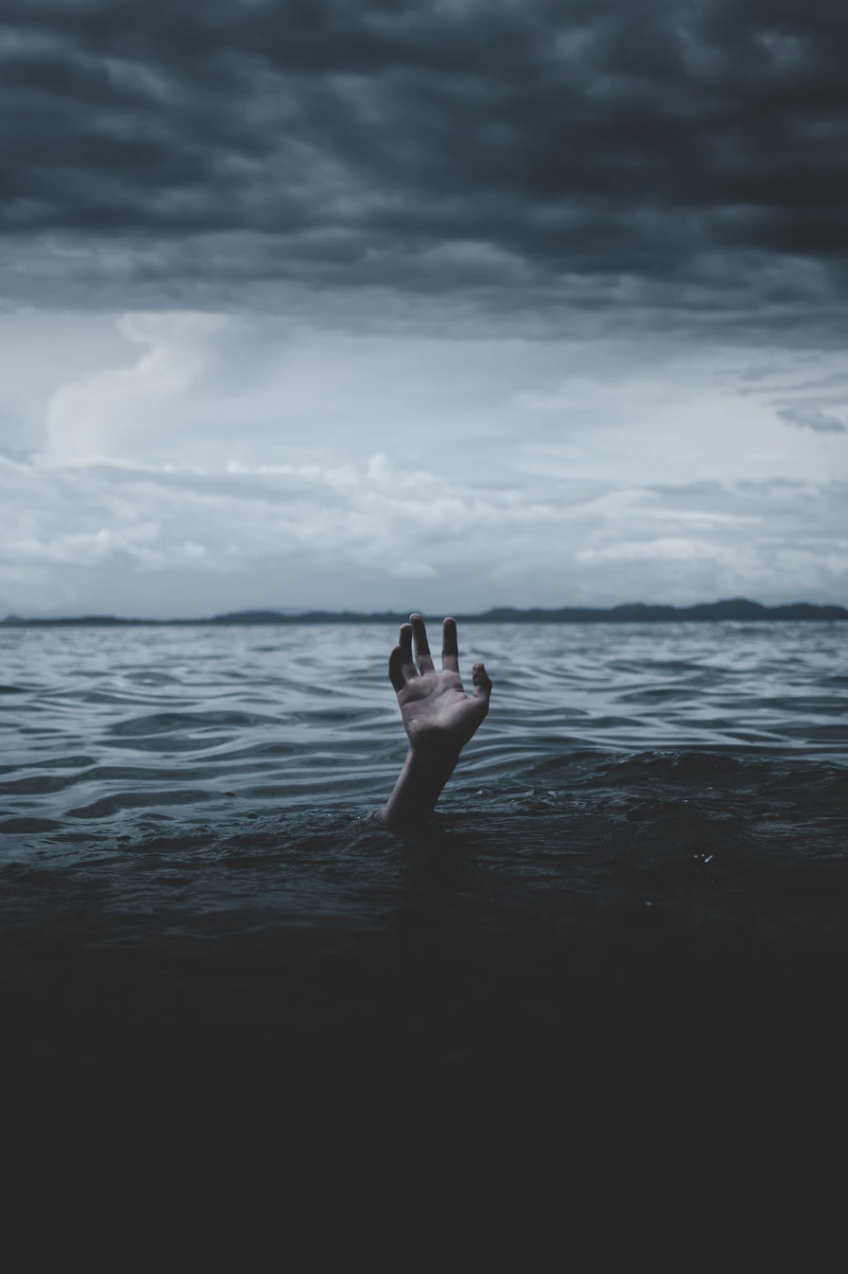 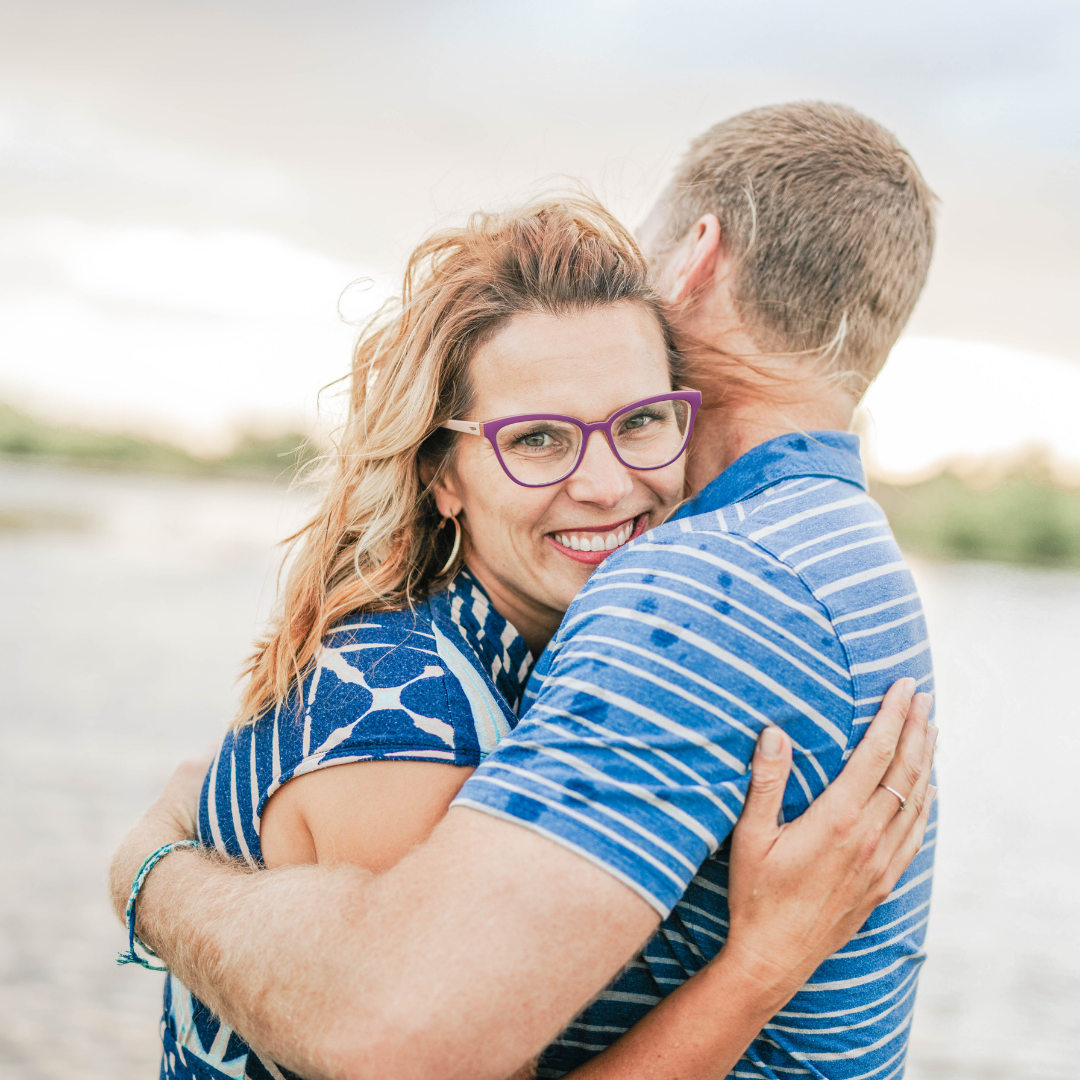 How the Pill Destroys Your Future Periods
Go to Top